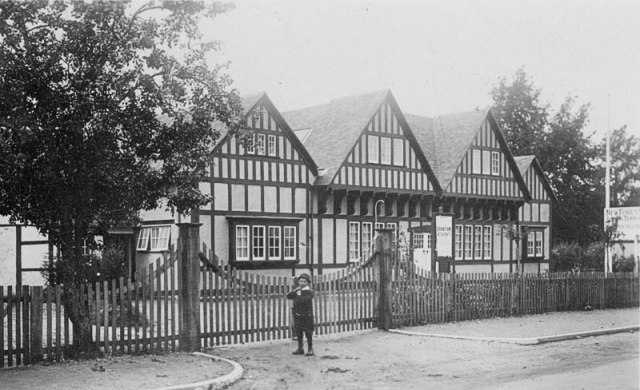 Morant Hall,Brockenhurst, or as we knew it New Forest Hall.

Brockenhurst once hosted one of the most prestigious tennis tournaments in the country.  The photographs I have included were taken by Geoff Parker and were taken from a Brockenhurst Tennis week in the 1920’s.

The tennis courts were behind, what was the Morant Hall on the Lyndhurst road and was used in the run up to Wimbledon (the hall was also called the New Forest Hall).

The photographs were inherited from his late mother, Florence Parker, wife of Albert Parker who ran the family business of butchers by the name of “A.J. Gossling” near the railway crossing.

My mother used to tell me stories of the days it held dances, and tea dances, mostly pre-war, the old days when dances had glitter balls turning and lights reflecting beams through out the hall. She apparently met my dad there.

I myself used to go there with a friend of mine, he use to play the piano that was inside on the stage to the large dance floor, and glitter ball. My friends mother worked in a bar/hotel, the owner of which also owned The Hall and he let my friend go in to practice the piano on their grand piano. It was the start of my interest in music and started playing the guitar a year or so later. The year approx 1967, and the hall was still being used for banquets and high society dances and meetings. The Hall was later sold and knocked down for housing.

32 thoughts on “Another Brock Story. Reflections of the Past.”