Write a post based on the contrast between two things — whether people, objects, emotions, places, or something else.

Today’s twist: write your post in the form of a dialogue. You can create a strong opposition between the two speakers — a lovers’ quarrel or a fierce political debate, for example. Or you could aim to highlight the difference in tone and style between the two different speakers — your call!

Give and Take and Enjoy.

Today I have posted one that I posted before so apologies to anyone who has read it before. On this challenge I try to do a different story but today I thought this was good and hope you do.

“But dad, I don’t want to go, there are loads of others going, and I don’t want them to see me.” Annie was arguing once again with her dad.

“Annie, it is your last time, after that you wont see any of them again.”

“But you don’t see do you? going up on the stage is so yuk! everyone will laugh.”

“Annie you will not be the only one, all your year will doing it as well, so some of your friends will be there doing. You should be so proud of yourself, I am. I am very proud of you. And I’ll be there with your mum.” her father said quietly putting his point across.

“That is my point, all the adults watching.” Annie then sulked off into her bedroom. Her father thought it best if he left her alone for a moment. She was obviously scared about it, and he thought it was up to him to try and show her there was nothing to be scared of, but a moment to be very proud. This is her last moment to show her achievements and be very proud of them. Just to give her a few her father went and made two cups of tea and a salad sandwich.

Ten minutes had passed and he tapped her bedroom door and entered, handed her the tea and sandwich.

“Annie you know way back when I first started playing my guitar and I had the opportunity to play in front of an audience I chickened out. Like you, I was putting all sorts of excuses in the way, telling myself I was not any good, people would boo’ me off stage or just not like me. I went to the clubs and watch other people and kept saying I was as good as them but when the time came I could not do it.” Annie and her father sat quietly eating their sandwich.

“As you know Annie I did go on stage and played, and a few years later did it with bands and it proved to be the best thing I ever did.”

“What made you do it, I mean what changed your mind gave you confidence to do it?”

“One night I went along to a club to watch, my friend came along, he also played the guitar. On arrival he checked in to play, the people who run the club asked if I wanted to play. I said no, not today, however they tried to encourage me, not to worry how good I was as the club accepted and enjoyed all standards. But I still said no, but inside I really wanted to play.  So when my friend was called for his turn ha played a couple of songs and then announced that he was inviting a guest and then called for me. At first I would not go, it was then the audience started slow clapping, I borrowed a guitar and played a couple of songs with him. It was the best experience I had ever felt and wanted more. The next time I played on my own and again I enjoyed the applause. I would not want you miss this experience and enjoy the moment.”

Annie finished her tea and sandwich and looked at her dad, “okay dad, as long as you and mum are there with me, for support I mean.” she said and hugged her dad. “Of course we will be there, for support of course.”

The following week Annie walked onto the stage and collected her school certificates, she passed on 12 subjects and stood smiling while she accepted the applause. The proudest moment for all the family.

Tell us about the home where you lived when you were twelve. Which town, city, or country? Was it a house or an apartment? A boarding school or foster home? An airstream or an RV? Who lived there with you?

Today’s twist: pay attention to your sentence lengths and use short, medium, and long sentences as you compose your response about the home you lived in when you were twelve.

My Abode and Dwelling.

Today my mother woke me and my brothers and surprised us by saying we were going out. Dad was to take us to a safari park. So we were to get ready, and this meant the usual, a good wash, clean behind the ears, clean clothes and breakfast.

My brothers and I ran about the house, excited to be going out, this was a rare thing for our family as we were not a wealthy family.  The three bedroom house mostly seemed to be plenty large enough for us, but when all us kids are rushing about trying to get ready we would keep bumping into each other and like all kids keep moaning about it. Up the stairs I would run, into my bedroom, rummage through my clothes drawer settle for something, put it on and then be out by my front gate and waiting. Dad was checking the oil level in his car.  Our garden was a nice size, my dad grows fruits, gooseberry and strawberry and blackcurrant  and sweet corn. While at the same time there was room for us kids to play around in. I fell in love with small apple tree near our back door, here was the kitchen and mum often watched us through the kitchen window. This apple tree became an important part of my life in later years.

While waiting for mum to finish off getting the picnic and drinks I stood at the gate and looked up and down the road, a small private road, with thirty two houses. Ours a semi detached, but there a mix of four house terraced as well. I loved this house and place we lived, a village in the south with a huge mix of characters. We had to deal with animals wandering the village, horses, cows and donkeys, they were mostly friendly. There was the odd bad tempered one. I then started thinking of the long haired highland cow that frightened the daylights out of me.

Dad had finished the service of his car, and I was now joined by my older brother. He was more excited than me. We all helped load the car with the food and drinks and mother made sure she had the boiled sweets for us kids. Shortly after us three kids and mother and father was on our way. We headed along the short road and turned onto the main village high street, through the watersplash and turned left onto the main road and was now heading out of our village. Dad had to brake when he came upon a herd of horses walking along the side of the road. Always had to be alert because these horses would just walk out in front of the cars. There were quite a few deaths of horse every year, and sometime the occupants of the car were killed. This time of year deer were a problem, especially at night. They would jump the fencing and run across the road in large herds, following each other in a line. The forestry commission fitted many reflectors to the fence posts, they were  angled so as to reflect car lights into the woods. This often deterred the deer  from jumping the fencing, keeping the road clear.

Another animal that lost its life regularly on the side of the road was rabbits, also coming out at night and they always followed the grass verges.

Do you prefer shopping or going to a park?

Answer – Although shopping is an essential part of life, walking the park is better than strolling the aisles. So I suggest going to the shops buy some goodies and go to the park and have a picnic.

What is the highest score you’ve ever made in bowling?  Actual or virtually played.

Answer – I cannot actually remember the score but I do think it was around 210. Not bad for some one who hardly ever plays.  I do remember I was the winner on the night though.  Oh yeh oh yeh. 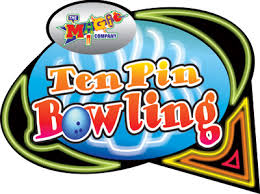 Name the foreign countries you’ve been to.

Describe your own outlook on life in seven words or less.

‘I am hopeful that my body stays healthy, and will start a new exercise plan to do so. I will continue to be friendly and polite and be genuine and original.’

Bonus question:  What are you grateful for from last week, and what are you looking forward to in the week coming up?

Answer – I had a big talking to this past week and was very grateful for it, even though it hurt and cut deep. I now realise how bad things were getting, and so because of this the coming week has to be the start of a new me, a new regime, both for me and my exercising and healthy living.

check out the Porch stories.

To be Continued.. Final part tomorrow….

Please excuse any errors and enjoy. Thank you.

Please excuse any errors and enjoy. Thank you.

At Last We Meet.

Please excuse any errors and enjoy . Thank you.

Cyber Love.  not my type of music but is very apt,and I am open-minded in my music. Enjoy!

Please excuse any errors, and enjoy. Thank you.

Please excuse any errors, Thank you and enjoy.